The International NetWork Posting  Olympic Committee (IOC), in a historic step, chose Rio de Janeiro (Brazil) to host the 2016 Summer Games. After enduring several decades of frustration, Brazil, under Carlos Arthur Nuzman, one of the world’s best Olympian leaders, won the election in September 2009. These Games will make their first-ever appearance in South America. 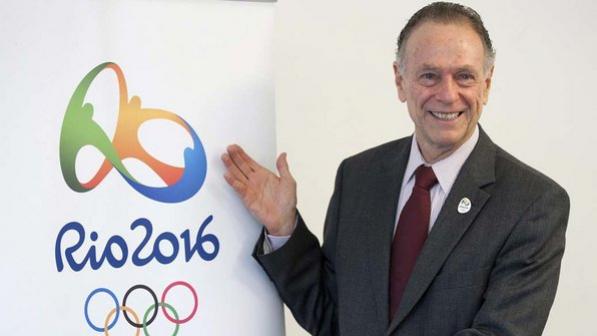 This is one of the most outstanding achievements in Brazilian history. There are also other achievements in this century: In July 2007, the Pan American Games were held in Rio de Janeiro. In the same year, the Christ the Redeemer Statue was named one of the New Seven Wonders on Earth. But there’s another award: The 2014 FIFA World Cup will be held in Brazil.

Who is Carlos Nuzman? Behind every great success, there’s a great man or lady. Of course, Brazil has a great gentleman. To be more precise: Carlos Arthur Nuzman, one of the world’s best Olympic czars. Thanks to his talent & genius, Brazil is by far the largest country in South America– it was elected host city of the XXXI Olympic Summer Games in 2016. For the first time since 1968, the Summer Olympics will be held in a Latin American nation (the Games of the XIX Olympiad were born in Mexico City). He worked very hard for this for a very long time. For his Olympian background, Nuzman, President of the Brazilian Olympic Committee, is one of the favorites to be the next Head of the International Olympic.

Under his Olympian chairmanship, the South American country has one of the most successful Olympian projects in the Third World. The Brazilian Olympic Committee embarked on a massive training program to prepare more physical education teachers, coaches, and, of course, athletes (from sprinters, sailors, boxers, and shooters to softball players, wrestlers, and divers). What is more, Nuzman supervised the construction of swimming pools, stadiums, and other Olympian venues (Joao Havelange Stadium, Nelson Piquet Coliseum, etc.). Since then, he also inaugurated a world-class sports center to improve the quality of the national trophies. In the past, because there were not world-class sports facilities in the South American nation, the Olympic team, including Djan Madruga (an exceptional swimmer), Joaquin Cruz (Olympic champ in 1984), and Ricardo Prado (who set a new world record of 4:19.78 for the 400 meters individual medley in the early 80s), as well as Esmeralda de Jesus Freitas Garcia Salami and Gustavo Borges, had to train in the States and Europe.

In the years before the site for the 2016 Summer Olympics were announced, Nuzman had other victories: The 2006 South American Games and 2007 Continental Games were held in Brazil, respectively (that’s why several venues were built before he made the bid for the 2016 Olympics). At the 2007 Pan American Games in Rio de Janeiro, Nuzman made it clear to bid for the 31st Olympics. In Rio, the national team won 161 medals (54 gold, 40 silver, 67 bronze) and finished third in the medal count, ahead of Canada, Mexico, and Argentina. But there’s more: At the Games of the 29th Olympiad in Beijing, Brazil won more gold medals than Cuba, Switzerland, Argentina, Mexico, and India Web Posting Reviews.

iOS 6 is considered as one of the best operating systems for ...

Online Dating Should Be an Olympic Sport