During the Canadian versus France soccer game My Update Web at the Rio de Janeiro, Brazil 2016 Olympic Games, the sports announcers put forth some very interesting, that the Canadians had played every single player during the Olympic Games thus far. Let’s talk about this, shall we?

“If you are good enough to be on the Olympic Soccer team, you are good enough to play, and you should,” says the Canadian Girls Olympic Soccer Coach who has started 17 of the 19 girls on the roster before the semi-finals round and all girls have played at least some — yes, the entire roster — before the semi-final round against Germany. One could say that part of this strategy comes from a socialist mindset: everyone is equal, which is a lovely and cute touch, but winning is everything at the Olympics. Losing means you can’t go home with gold – so the stakes are high, and it is a risky move on the coach’s part, although the coach probably thinks that it is the right way and only way. 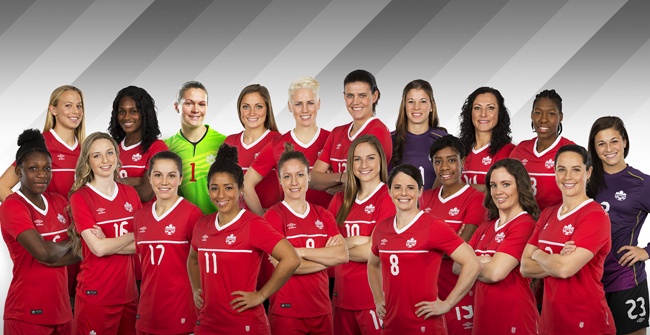 The US Olympic Girls Soccer team has been knocked out of the Olympic Tournament, and they were the defending gold medal champions from the last Olympic Games. The US Soccer coach wouldn’t perhaps consider such a move. Does this mean ‘fairness’ in equal play and participation is the best strategy or just coincidence? Could the US beat the Canadian Team? Well, they certainly have before.

Now then, I’ve had some experience with this issue before as a young man in youth soccer, and yes, I was an A-player on this particular Team, being a “Club Soccer” athlete but playing a season of AYSO league soccer. Our coach that year made sure every team member played the same amount of time each game regardless of their ability.

Guess what happened, we lost almost every game, now we were not the best Team with the best players, but we certainly shouldn’t have been in second to last in the league, I blamed it all on that methodology, never forgave the coach and from then on never really wanted to play soccer again, preferring solo sports where I had to rely on my ability, training, and will to win. In a way, I am still bitter, only because I was taken out in the fourth quarter a couple of times when we needed our best players on the field – we, thus, lost those games, setting us further behind in the league.

Yes, I know soccer is a team sport, but I doubt anyone on the Team wanted to be in second to last place to play an extra quarter when they knew they were not good enough to help the Team win the game. Maybe we are taking the whole “equality” thing a little too far? You decide.

Lance Winslow is the Founder of the Online Think Tank. Lance Winslow hopes you’ve enjoyed today’s topic. http://www.WorldThinkTank.net – Have an essential subject to discuss, contact Lance. Currently, Mr. Winslow is working on a non-fiction eBook about the Future of Human Sports.

Online Dating Should Be an Olympic Sport