Dignitaries and representatives from four My Update System countries, US, Spain, Brazil, and Japan, were galore in the Bella Center Convention Center, Copenhagen, Denmark; eagerly awaiting the announcement of Jacques Rogge, the President of the International Olympic Association, at 1830 hours as to who would host the 2016 Summer Olympics; Bella center was buzzing with activities; the final process of selecting the venue through voting by the 97 members out of 106 members of IOC, was on for the four candidate cities, Chicago, US, Madrid, Spain, Rio De Janeiro, Brazil and Tokyo, Japan. The center witnessed hectic parleys and diplomatic activities to woo the members to vote for their country. 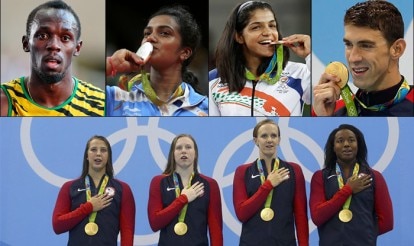 Each of the four countries had its motives and ambitions, seeking its bid to host the Summer Olympics of 2016. While the US, under the leadership of President Obama, tried its best to win the bid for Chicago, who led his country’s delegation from the US to Denmark and by making his brief speech for eight minutes before the IOC members. The underlying motive was to do something for the ailing economy.

The delegation from Spain was led by its King, the Mayor of Madrid Alberto Ruiz Gallardin, and the Octogenarian Honorary life member of IOC, Mr. Samaranch, to bat for Madrid.

The delegation from Brazil was led by its President Lula and other eminent sportspersons, including the football legend Pele.

The Japanese Prime Minister, Yukio Hatoyama, the Governor of Tokyo Shintaro Ishihara, and some former Olympic Champions led the delegation from Japan.

Yardsticks for selection of a candidate city as host:

Before launching the final bidding process, IOC members prepare an evaluation report about each candidate city whose country has applied for the bid. The criteria for evaluating a country are based on the following factors:-

2) The legal issues and the public opinion,

6) environment condition and its impact,

10) experience from past sports events and

Based on the criteria mentioned above, the list of candidate cities was short-listed from 7 to 4.

Though the final selection of venue might have been slated to 2 October 2009, selecting the host from amongst the candidate cities was a lengthy process.

The International Olympic Committee launched the bidding process for the 2016 Olympics on May 16, 2007. All member countries of the IOC were called to apply for the bid.

On the bidding day, only 97 members out of 106 members of IOC had to elect the host through voting from the candidate cities.