Before making an investment decision over The Haze mobile apps, businesses have to decide between native apps, hybrid apps, and web apps.

Here I aim to define and describe the differences between various app categories for business owners and app developers!

Article Summary show
Which app is best, and what are the significant points of difference among the three?
Native Apps
Mobile Web App
READ ALSO :

Which app is best, and what are the significant points of difference among the three? 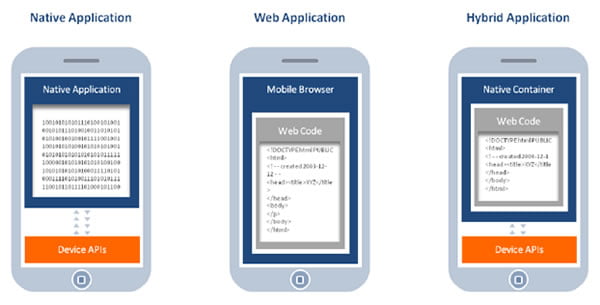 They are installed in the device from an application store (such as the App Store, Google Play) and appear as icons on the device. They remain with the device and utilize the device features such as the camera, contact list, accelerometer, GPS, etc.

They are designed and coded to cater to one platform (for a specific device). For instance, iPhone apps are coded in Objective-C, and android apps are coded in Java. Coding apps help users have a responsive user experience, and apps can integrate standard operating-system gestures or new app-defined gestures.

Native allow push notifications to be used by the business for real-time information for the users. They keep on functioning offline and can use the device’s alert system. They work by the design and standards of the platform (either android or iOS), which leads to customer satisfaction.

They are platform-specific (an iOS app will not work in an Android platform) due to differences in coding language. A business that seeks to develop an operational app on both the media would be expensive as it would require creating two different versions(for both platforms). Depending on the budget, investment can be made to develop an app for single or multi-platform options. Examples are Angry Birds, Shazam, etc.

They are mobile-optimized web pages that are not apps but websites. They resemble a native app in look and feel and are ideal for making information or features available over a mobile phone. Developing a native app is not a viable option financially.

Coded in HTML 5, they run on a browser, and users access them just like regular web pages. They provide an option of installing them on the home screen as a bookmark.
Many websites use HTML 5 to turn their web pages into web app for users who appear as appealing as a native app. An example being the mobile-optimized web pages of news websites.

The web app has limited functionality and generally requires an internet connection to function. Users can easily forget them unless they run as a constant reminder on their home screen. They do not feature on any app marketplace. With substantial daily traffic in the application stores, they miss out on the potential to be discovered compared to the native or hybrid app.