Spring training is still a few weeks away, but already My Pro Blog  predictions are rampant for the upcoming Major League Baseball season. While most prognosticators have focussed on which team might win the World Series and who might be the Most Valuable Player in each league, one Internet article tackled a less publicized award.

The site called 120 Sports posed the idea of which player is the most likely candidate for Comeback Player of the Year. Their choice was Yu Darvish, a former All-Star pitcher for the Texas Rangers.

Darvish missed most of last season due to Tommy John surgery, a not uncommon procedure for baseball players. Many have recovered to come back to full strength, so Darvish very well could once again become an All-Star hurler. 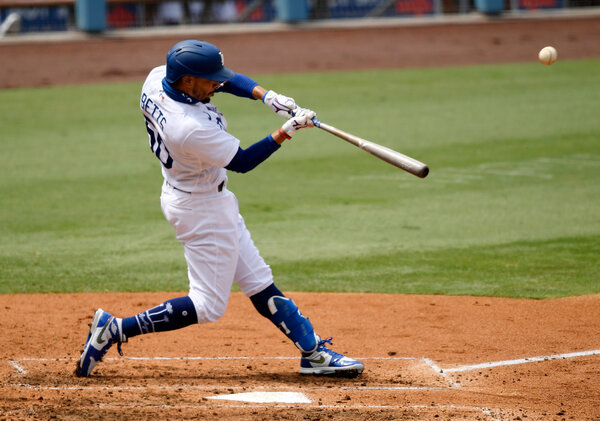 Here are five other players who could also earn Comeback Player of the Year honors in 2016. The list includes position players from both the American and the National League.

The Cuban lightning rod took the sport by storm during his rookie season in 2013. Last season, however, Puig hit forty points below his lifetime average of.296, and he reached only half of his home run average. New manager Dave Roberts should prove to be a good influence for Puig.

The veteran outfielder’s.221 batting average last year was fifty points under his career mark, and his power numbers were cut in half. New manager Dusty Baker has always been a good skipper for veteran players, so he should be a boon for Werth.

Since converting to first base from behind the plate a few years ago, Mauer’s stats have taken a steep dip. The former A.L. Most Valuable Player, however, hit more doubles and home runs in September than at any other month in the season last year, and his on base percentage rose nearly fifteen points. His overall batting average went down over the last month, which indicates that he concentrated more on his power than on spraying singles. That is a good sign for the Twins, considering Mauer is playing the power position of first base.

The former World Series M.V.P has a career average of.288 and averages 19 home runs per season. Last year, having signed a lucrative free agent contract that took him from San Francisco to Boston’s Fenway Park, Kung Fu Panda struggled. His 2015 numbers were a.245 average with just ten  candidates home runs, production that should improve as he gets further acclimated to playing for the Red Sox.

Even though his Chicago Cubs reached the National League Championship Series, Castro suffered a down year. His average dropped almost thirty points from.292 in 2014, but a trade to New York over the winter should allow Castro’s talent to be fully realized.

Sports in Ecuador – From Soccer and Swimming to Shooting!