Apple’s iPhone operating system or iOS has come a long way since it was first created and released with the original iPhone. We have seen many exciting innovations such as folders for apps, multitasking, background pictures, Siri, Passbook, and many others. iOS has brought Apple great renown in smartphones for its easy-to-navigate, and straightforward interface crammed full of features. Some of the decisions Apple has made regarding iOS haven’t been so well received though, a prime example of this is their decision to remove Google Maps as a default app and replace it with their own maps app. This didn’t seem like such a big deal at first, considering it was well-publicized that Apple wanted to cut ties with its rival in any way it could. However, their maps offering was substantially worse than Google’s and put a significant dent in people’s faith in Apple and iOS. 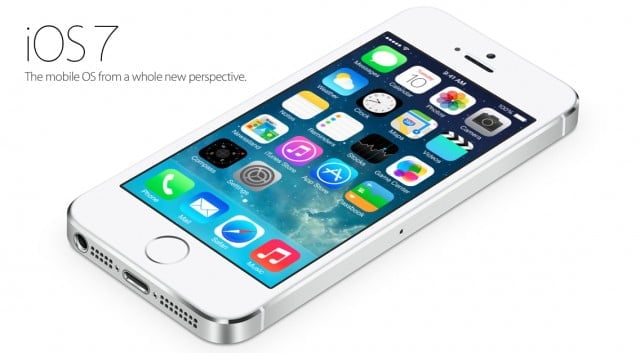 So what can we expect to see this time around? Well, tickets for Apple’s worldwide developer conference or WWDC go on sale 25th of April, and this promises to shed some light on the future of iOS and Mac OS. However, it is unlikely that we will see everything, or even as much about iOS 7 as Apple initially intended to show if rumors about it being delayed are true. It has been reported that Apple has been forced to pull developers from the latest version of Mac OS to help get iOS 7 back on track, possibly for release with the iPhone 5s, which is supposed to launch at the end of Q2 or the start of Q3 Page Design Pro.

Apple will likely take inspiration from Microsoft by implementing some live tile effect for apps that can make the most of it, such as the weather app or stocks. This will make the interface seem much more alive than the rather dull home screen currently does. Something else that is possible is improvements made to the lock screen, which now doesn’t have much use apart from showing album covers when songs are playing and displaying notifications. iOS 7 may also bring some “Facebook Home” feature, which was recently released for Android phones, as Facebook is currently in talks with Apple to get the Home experience to their devices. Given Apple’s previous attempts to integrate Facebook when iOS 6 was made, it may be a possibility that Home could come to iOS. However, Apple is notorious for removing anything remotely close to Home from the App Store, so perhaps not. They also don’t like people to mess with their defaults, so the default browser, mail, and maps apps cannot be changed. Facebook Home coming to iOS may require a slight bending of these rules.

But who will be able to access the latest version of iOS? No news regarding this is available, but the iPhone 5, the new iPad, and the iPad mini are sure to be supported, considering that they were released only recently. Still, it is questionable as to whether the iPad 2 and iPhone 4 will receive it. The iPad 2 is still on sale as Apple’s 10.1-inch budget tablet offering, and the iPhone 4 is the budget iPhone. Still, Apple may choose to leave these devices out to push customers to its new line of products, especially the iPhone 4, given that a budget iPhone is slated for release late this year.

Introduction to IOS 5.1 – Features and Attributes